Allan Jamieson  retired in 1999 after a long working life and began writing books in the early 2000's. He has published seven non-fiction books, one compendium of short stories and in mid-2020, he published his first novel. 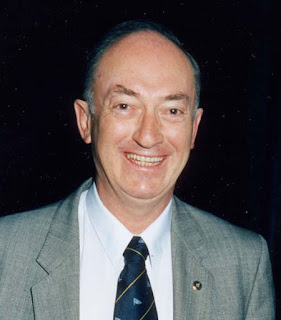 A list of Allan's published books follows. If any book interests you and you would like to obtain a copy, please post a comment on this blog to that effect or email Allan via jamtin79@gmail.com 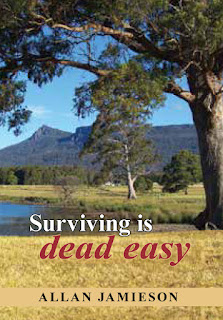 Voyage through the “Big Empty” 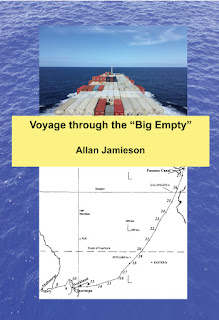 Published 2018. Five weeks! Whatever will you DO?
…This was a typical reaction by the author’s friends to the announcement, that he and his wife were about to travel by container ship from Australia to Philadelphia. Those reactions spurred him to keep a diary on the voyage.
- You weren’t on the voyage? No problem! Just buy the book, sit back and experience life on the container ship Spirit of Melbourne operated by the Hamburg Süd shipping line.
[Copies available] 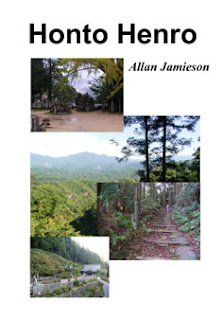 Second edition published 2018. Buddhist temples have existed on the Japanese island of Shikoku for at least 1,500 years and pilgrimages have taken place to link these temples for over 1,000 years. The total length of the pilgrim trail is about 1,200 km.
Only in the last 100 years has it been possible to undertake the pilgrimage other than by walking and nowadays by far the majority of pilgrims travel by bus or car. This book tells of the experiences of two people who chose to walk the pilgrim trail; two rather unfit people who had retired from work in Australia, but who enjoy being in the Japanese countryside.
[Copies available
First edition published 2015: Sold out.]
Service Above Self
The 75-year History of Burnie Rotary Club 1942--2017 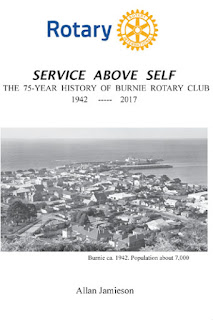 Published 2017. This short history illustrates the power of Rotary and especially of clubs focused on service to their community.
[Copies available] 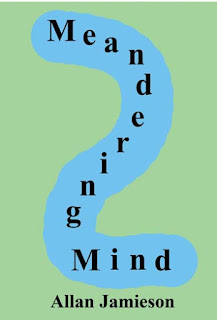 Published 2016. This collection of 23 short stories will answer many of your questions. Thus, have you ever wondered: What it is like in Hell's airport?; Why men fish?; Why Australians are Goldfish?; Why cats are purrfect partners?; How to apply for a job?; Why meetings can be dangerous?; Why King Canute got wet feet?
Wonder no more!
[Copies available]

Enthusiastic Amateurs
A cautionary tale for golf and sporting clubs 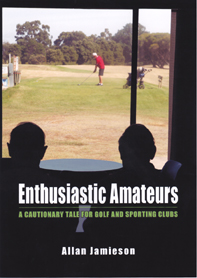 Published 2013. Non-profit organisations, which rely on volunteers to take on management roles, lack control over the quality of the resulting business decisions. The apathy shown by the organisation’s members is a chief cause. Sporting clubs provide examples.
The lessons provided herein will have application at hundreds of other, non-profit organisations exposed to decisions made by their committees of volunteers.
‘This book should be read by every director of every
golf club in Australia, if not the world.’
– Peter Gompertz, Editor of The Long Game,
journal of The Golf Society of Australia
[Copies available]

The Pulp
The Rise and Fall of an Industry 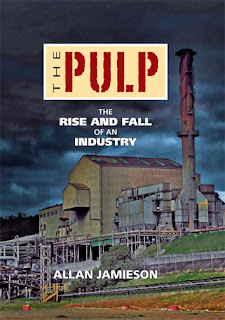 Published 2011. For more than half a century, The Pulp provided Burnie, Tasmania, with security, a benevolent sustenance and an identity, yet there were some fundamental weaknesses in the way it was designed and subsequently managed.
'The story is much more than Burnie’s story – it links to
tides and currents flowing through the entire country;
indeed, through the entire world [with] some particularly
pithy and insightful things to say about the decline and
fall of Australian manufacturing in the 1970s, ’80s
and ’90s, … that should send shivers down the spines
of thoughtful Australians. [Here is] the robust, critical,
forensically-detailed history that the pulp and paper
mill demands [and] the focus is on people.'
-Pete Hay, former Reader in Geography and Environmental
Studies, University of Tasmania.
NOTE: This book has become a 'collector's item'.
[Copies might be available] 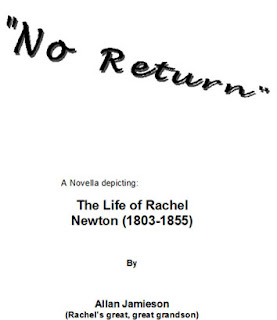 Published 2007. During the research for my first book (below), I discovered that my great, great grandmother, Rachel Newton (nee Young) had died while incarcerated in the gaol at Geelong, Australia. Rachel had been charged with  vagrancy, yet at no time was it mentioned in the police records, court proceedings, coroner's autopsy report or in the newspapers that Rachel's husband and four of her children were living on a farm just an hour's walk from Geelong. Strange!
What's more, none of Rachel's descendants with whom I spoke claimed to know this strange history. I smelled a 'closet skeleton' and I wrote this book as a novella, in the hope that someone would contact me and say, 'that's not how it happened, you know.'
[Copies available]

Emerging from the Past
A Family History with a Difference 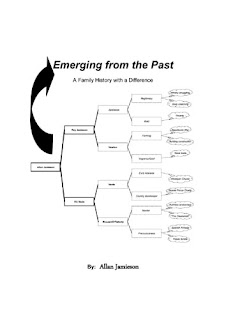 My first book. Published 2005. The aim was to document the ancestry of each of my four grandparents (surnames Jamieson, Newton, Neale and McLean/O'Flaherty) - Yes, I found that the Irish could not be left out!


Before I began my research, I honestly knew next to nothing about their backgrounds and I had only met my mother's parents.
During five years, I learned a great deal about things other than family history; the book documents how I did my research, plus all the information gathered during the research.
[Sold out]