Rex is a Burnie resident with big dreams! He has written 7 novels and is in the process of publishing all of them simultaneously! 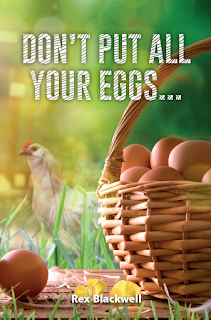 Don’t Put All Your Eggs… Heidi has some highs and lows with her men. Sinclair becomes owner of a bank or two, it’s hard to count. Conversion into Art Galleries is not as straightforward as expected and his art is sold for high prices. Larry keeps getting into trouble, and out of it, again. Gustav’s old friend Hildemar makes an important contribution after slipping out of sight for a while.  The horses, either light or heavy are never far away, especially during Heidi’s best times. 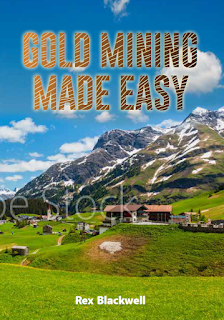 Gold Mining Made Easy.  Gustav would like to be rich but didn’t want to do the hard work. He succeeds in finding ways to own some gold, which are unconventional, to say the least. Olga helps him out. Due to extraordinary luck, he becomes the owner of a big nugget, which he sells to Russia, for a big price in Roubles and Sterling. They meet up with family, back in Austria and The Ukraine and he eventually assists them to come to Australia, and share in his wealth, but not before some most unexpected events take place. 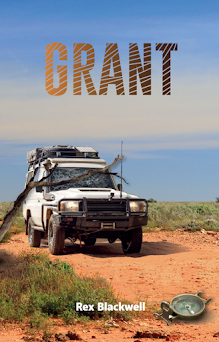 Grant. A young employee of a Pastoral Company enjoys early success in his work. He promises himself that he will visit all the properties of the vast Kidman empire, and to follow up on Harold Lassiter’s stories of a lost gold reef in Central Australia. He runs across a stock stealing racket, and his wife runs across a Sunlover’s club, which turns out to be more than expected. 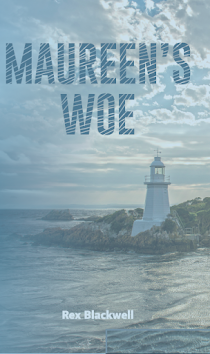 Maureen’s Woe.  Maureen is a young English girl, who is framed by her employer, convicted, and sent to New South Wales, the “land beyond the seas”. Her troubles become compounded, and she is sent to the hell-hole at Sarah Island. She manages to escape, eventually returning to England. She discovers gold in Tasmania and turns the tables on her deceiving employer in England. 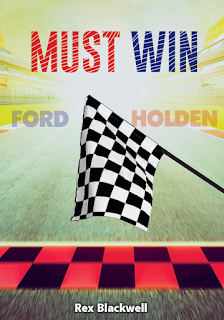 Must Win. The rivalry between Ford and Holden, on Australia’s V8 Circuit at Mount Panorama, Bathurst, is taken to ridiculous levels by two sets of fans. They engage in skulduggery to try to win the race for their chosen team, without the knowledge of the manufacturer. Their tampering with Racing Fuels, and Engines, goes out of control, and eventually finishes up with marine engines, on the high seas. 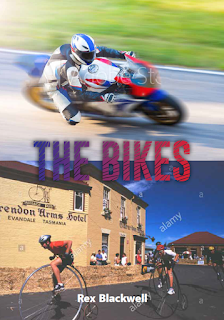 The Bikes.  Rivalry between competitors in both Penny-Farthing bikes, and big Racing Motor bikes, leads to some peculiar circumstances. Otto, from Germany, gets involved, inadvertently, in a bikie drug scam at Adelaide. Tony, a leader of the bikie gang, tries to go straight, and gets into a strange building construction arrangement. 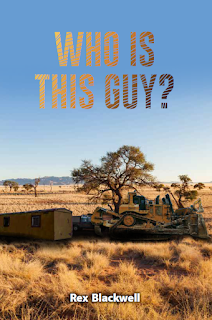 Who Is This Guy?  Rod Coulson was going to become a Veterinarian but was side-tracked into a contract to build a gas pipeline. He made heaps of money and won himself a couple of new best friends. On his return to his profession, he buys up bigtime on run-down practices and wins friends in the Pharmaceutical Companies. He meets up with an old friend, Vonda, who almost leads him into trouble. He finally settles down to raise a family.